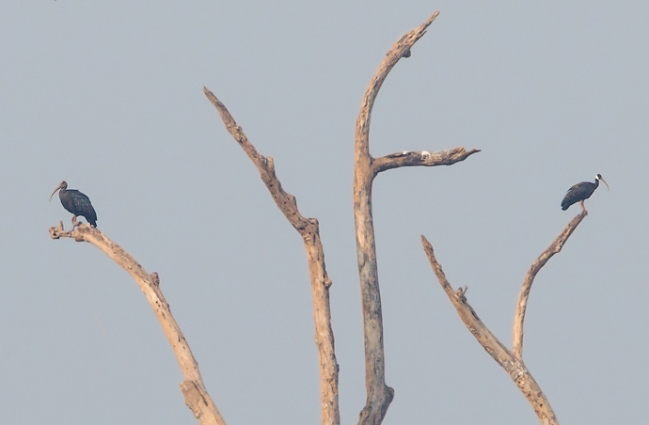 A Giant Ibis and a White-shouldered Ibis in the same tree at Tmatboey by Dubi Shapiro.

Best Birds and other wildlife in Cambodia

Birds
The lists below are for the northern winter.

Best Sites for Birds and other wildlife in Cambodia

Best Times for Birds and other wildlife in Cambodia

The best time to visit is during the dry season, between late October and May, especially mid-January to mid-March when roads are normally open and water levels are usually suitable for nesting waterbirds such as storks.


Local bird and wildlife guides and Tours in Cambodia

Accommodation for birders in Cambodia

Some Organized Tours for birds and other wildlife to Cambodia

Tour companies who are running organized tours to Cambodia in the next couple of years include the following. Many of these also offer custom tours.