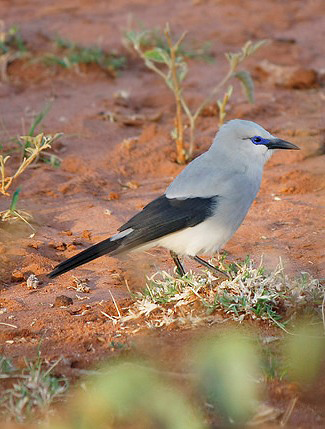 The handsome endemic Ethiopian or Stresemann's Bushcrow by David Beadle. 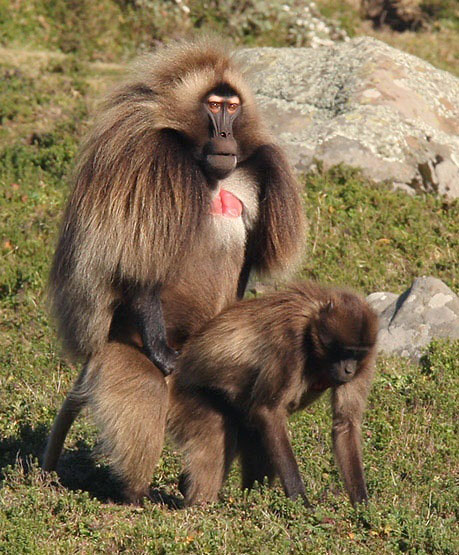 Best Birds and other wildlife in Ethiopia 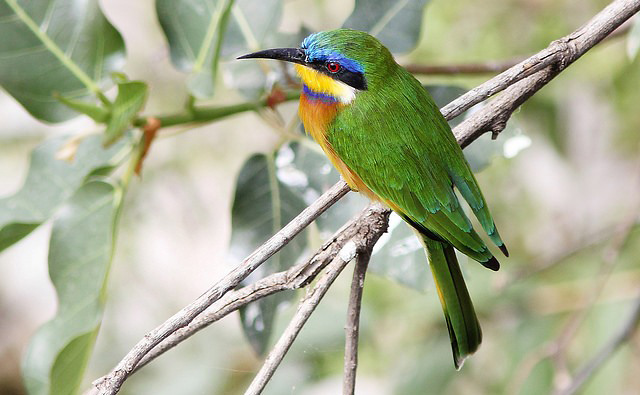 The superb Ethiopian Bee-eater in the Jemma Valley by David Beadle.

(Nechisar Nightjar is known only from a single wing found on the Nechisar Plains in the southwest in 1990. Liben Lark has not been recorded in Somalia since 1922)

Most classic African plains mammals are not likely to be seen on the main circuit in Ethiopia, including Lion, Leopard, Cheetah, African Elephant, Giraffe, Hippopotamus, Spotted Hyaena, Burchell's Zebra, African Buffalo and Blue Wildebeest, most of which do occur in the remote Omo NP in the far southwest though.

Best Sites for Birds and other wildlife in Ethiopia

Best Times for Birds and other wildlife in Ethiopia

The driest time of the year is usually October to March. This is the best time to visit, especially October-November when it is usually sunny but relatively cool and many flowers bloom in the highlands. The peak rainy season is normally July to September.

Birds of the Horn of Africa by N Redman et al. Helm, 2016 (Revised and Expanded Edition).

Where to Watch Birds in Ethiopia by C Spottiswoode, M Gabremichael and J Francis. Helm, 2010.

Birds of Ethiopia & Eritrea: An Atlas of Distribution by J Ash and J Atkins. Helm, 2009.

Accommodation for birders in Ethiopia

Some Organized Tours for birds and other wildlife to Ethiopia

Tour companies who run organized tours or can arrange custom tours to Ethiopia include the following.