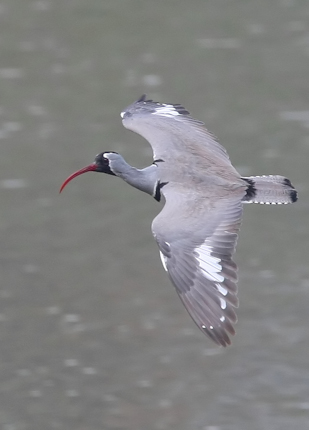 The unique Ibisbill by Roger Wyatt.

Best Birds and other wildlife in Kazakhstan

Plants
Some of the rarest and most beautiful flowers on Earth grace the Tien Shan mountain range, including Primula minkwitziae, Paraquilegias, Trollius lilacinus and a wide range of bulbs such as many colourful Tulips, as well as Geraniums and Violas.

Other Natural Wonders in Kazakhstan

'Red Canyon'
Where the Charyn River has helped carve the red sandstone into beautiful formations as impressive as those found in the famous canyons of Utah in North America.

Tien Shan Mountains
The scenic snow-topped, aptly-named (in ancient Chinese) ‘Celestial Mountains’, the Central Asian extension of the Himalaya, extend along Kazakhstan’s southern border all the way to China where the mountains rise to a lofty 7439 m (24,406 ft) just across the border.

Best Sites for Birds and other wildlife in Kazakhstan

Best Times for Birds and other wildlife in Kazakhstan

The peak time for spring passage migrants such as herons, raptors, shorebirds, terns, larks, warblers and shrikes is April to mid-May but the second half of May to early June is the best time to visit because most of the birds which breed in the country have arrived and are at their most active and attractive at the start of the nesting season. The best times to look for flowers are April (tulips) and June. The peak time for autumn passage migrant birds including raptors, bee-eaters and passerines is September and one of the best places to observe them is the Chokpak Pass in the Tien Shan mountains in the south of the country.

The New Birds of Kazakhstan by A Wassink. A Wassink, 2015 (Second Edition).

Accommodation for birders in Kazakhstan

Some Organized Tours for birds and other wildlife to Kazakhstan

Tour companies who run organized tours to Kazakhstan include the following. Many of these also offer custom tours.