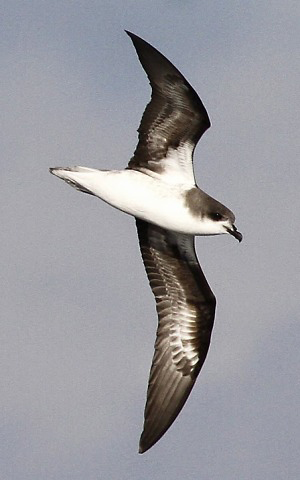 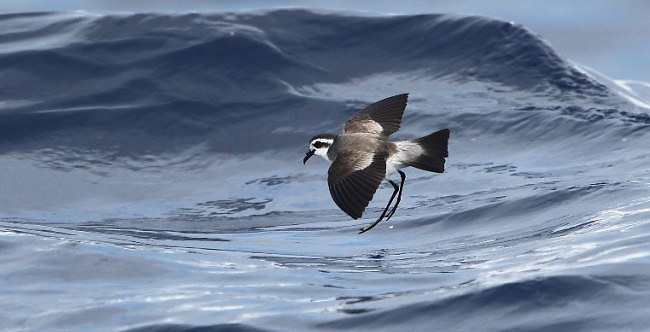 Madeiran (above) and White-faced Storm-petrels by Simon Colenutt.

Best Birds and other wildlife in Madeira

Mammals
Short-finned Pilot Whale (mostly Nov-Apr) and (Common) Bottlenose Dolphin (mostly Mar-Oct). Also a chance of Sperm (mostly Mar-Sep) and Bryde’s (Apr-Oct) Whales, and (Short-beaked) Common (mostly Dec-May), Risso’s (mostly Jun-Oct), (Atlantic) Spotted (mostly Mar-Nov) and Striped (mostly Feb-May and Jul-Sep) Dolphins, and an outside chance of Monk Seal, which is occasionally seen in Funchal Harbour and around the Desertas Islands (where there is a tiny population).

Reptiles, Amphibians and Fish
The only native land reptile is the Madeiran Wall Lizard. At sea there is a chance of Loggerhead Turtle, Hammerhead Shark and Atlantic Flying Fish.

Plants
The incredible 1163 plant species includes 113 endemics. The fine Laurel forests are full of Madeiran Geraniums and Pride of Madeiras, while many other spectacular flowers have been introduced from all over the world.

Best Sites for Birds and other wildlife in Madeira

Best Times for Birds and other wildlife in Madeira

June, July and August are the best months to look for seabirds, and as good a time as any to find the landbird specialities. It is wise to include a few extra days in any itinerary which is aimed at seeing seabirds in case poor weather prevents going to sea. May-June is the best time for flowers, especially late May, and late May to early June is the best time for cetaceans.

Field Guide to the Birds of Macaronesia by E Garcia-Del-Rey. Lynx Edicions, 2011.

Birds of the Atlantic Islands by T Clarke. Helm, 2006.

Accommodation for birders in Madeira

Some Organized Tours for birds and other wildlife to Madeira

Tour companies who run organized tours to Madeira include the following. Many of these also offer custom tours.