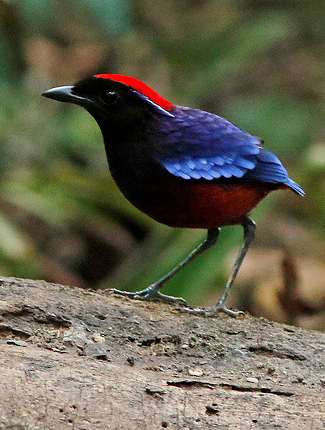 A fabulous Garnet Pitta in the Krau Forest of Malaysia by David Beadle. 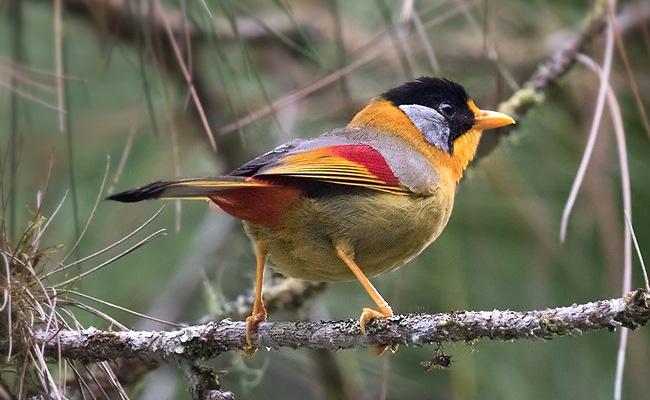 The amazing Silver-eared Mesia, at Fraser's Hill, by Lars Petersson.

Best Birds and other wildlife in the Malay Peninsula

Invertebrates
A rich diversity of butterflies including Common and Rajah Brooke's Birdwings, and the chance to see synchronised Fireflies at Kuala Selangor.

Best Sites for Birds and other wildlife in the Malay Peninsula 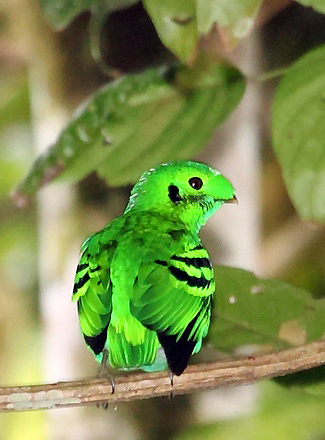 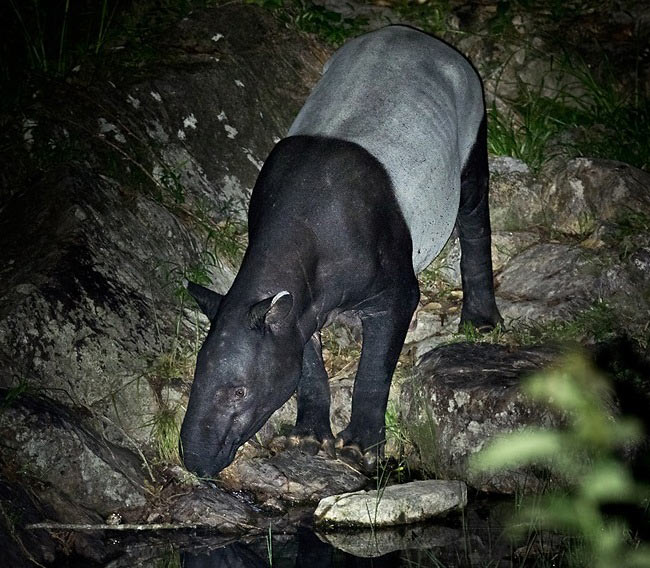 A Malayan Tapir captured on camera at night in Taman Negara by Lars Petersson.

Best Times for Birds and other wildlife in the Malay Peninsula

Any time between March and October is a good time to visit the Malay Peninsula, although March is a particularly good time for birds, as is July, at the peak of the dry season, which is also the best time to look for Malayan Tapirs visiting mineral licks. The wet season, when it can be very wet, usually lasts from November to February.

A Field Guide to the Birds of Peninsular Malaysia and Singapore by A Jeyarajasingam. OUP, 2012. (Second Edition).

Birding and Wildlife Trip Reports for the Malay Peninsula

Accommodation for birders in the Malay Peninsula

Tour companies who are running organized tours to the Malay Peninsula in the next couple of years include the following. Many of these also offer custom tours.