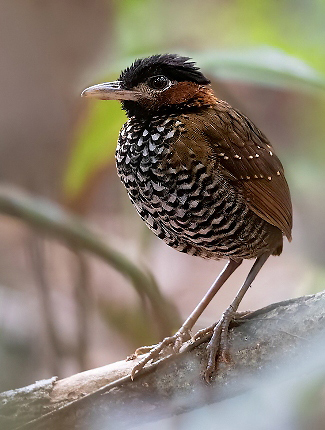 The rare Black-crowned Antpitta/soma near Burbayar Lodge in Panama by Dubi Shapiro. 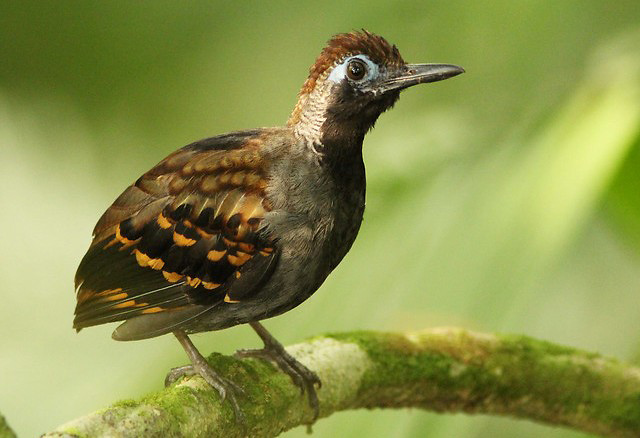 A superb image of the rare and strange Wing-banded or Buff-banded Antbird at Rancho Plastico in the Darien by David Beadle.

Best Birds and other wildlife in Panama

Reptiles, Amphibians and Fish
Excellent scuba-diving and snorkeling, at places such as Bocas del Toro/Isla Bastimentos Marine National Park and Coiba National Park where there are Manta Ray and turtle cleaning stations. On the mainland lizards include Striped Basilisk and there are many frogs, such as Red-eyed and Rosenberg’s Gladiator Tree Frogs, Green-and-black Poison Dart Frog, Fleischmann’s and Reticulated Glass Frogs, Talamanca Rocket Frog and Panama Humming Frog. 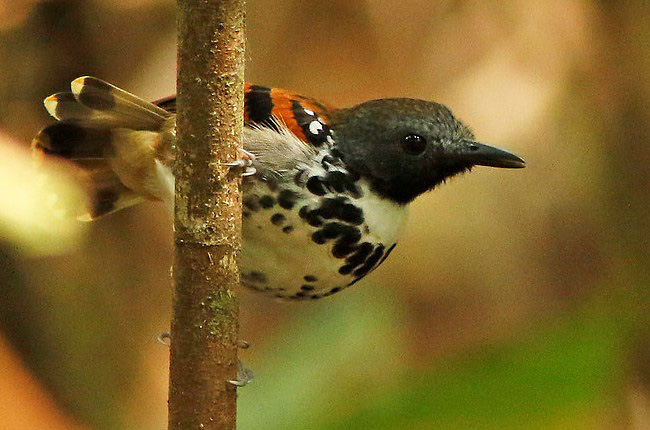 Another superb image by David Beadle, this time of a Spotted Antbird along the Pipeline Road.

Best Sites for Birds and other wildlife in Panama

Best Times for Birds and other wildlife in Panama

The wettest season usually lasts from mid-April to December hence the best time to visit is between January and March, although any time between October and March is good for birds, with April being the best time for Darien.

Guide to the Birds of Panama by R A Ridgely and J A Gwynne. PUP, 1992 (Second Edition).

A Bird-Finding Guide to Panama by G R Angehr, and D and L Engleman. Comstock, 2008.

Accommodation for birders in Panama

Some Organized Tours for birds and other wildlife to Panama

Tour companies who are running organized tours to Panama in the next couple of years include the following. Many of these also offer custom tours.