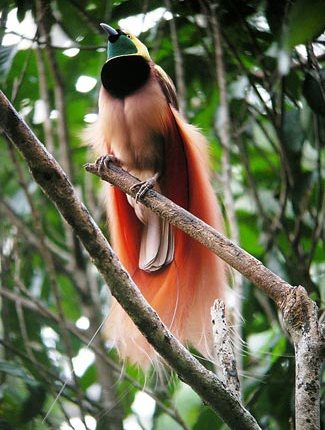 A fabulous Raggiana Bird-of-paradise in its display tree at Varirata National Park by Mark Harper. 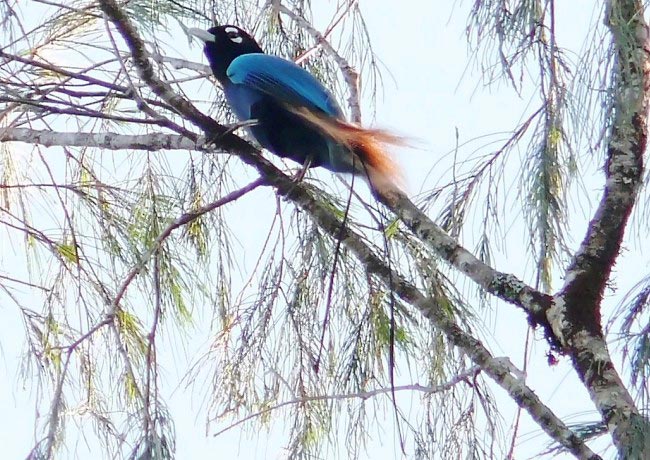 A beautiful male Blue Bird-of-paradise in a 'garden' in the Tari Valley, by Paul Macklam.

Best Birds and other wildlife in Papua New Guinea

Reptiles, Amphibians and Fish
Some of the richest coral reefs on Earth, with 900 fish species around Walindi Dive Resort in Kimbe Bay, New Britain, for example. Green (10%) and Hawksbill (90%) Turtles nest on Edmago and Ral, two uninhabited islands near New Ireland, between September and January.

Invertebrates
Hundreds of butterflies and moths including Hercules Moth, one of the largest moths in the world, and Queen Alexandra's Birdwing, the largest butterfly in the world, which, unfortunately, rarely casts shadows over the Popondetta Plain in northern Papua New Guinea, off the usual, well worn, circuits.

Best Sites for Birds and other wildlife in Papua New Guinea 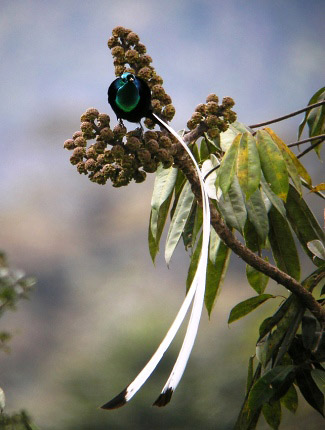 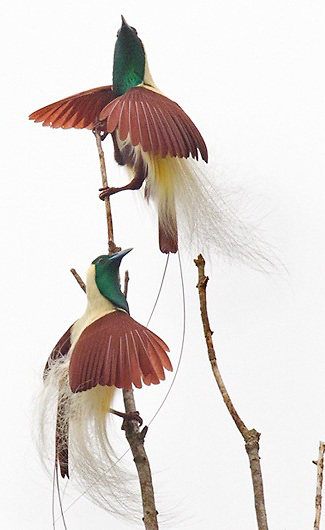 Displaying male Emperor Birds-of-paradise at Gatop on the Huon Peninsula by Lars Petersson.

Best Times for Birds and other wildlife in Papua New Guinea

Papua New Guinea has a warm, wet equatorial climate and rain falls year round in the highlands, but there is a dry season in the lowlands which usually lasts from May to September and this is the best time to go, with July arguably being the best month. The best scuba-diving and snorkeling conditions overlap with both ends of this season; from April to June and from September to November. The average temperature in the lowlands from May to September is a hot and sticky 28°C or so but it is cooler and more pleasant in the highlands, usually around 20°C. Long-sleeved shirts, a hat and repellants for chiggers and mosquitoes are recommended.

Birds of New Guinea by B M Beehler et al. PUP, 1986 (First Edition but arguably better than the Second).

Birds of New Guinea and the Bismarck Archipelago: Photographic Guide by B Coates. Dove Publications, 2001.

Tour companies who run organized tours or can arrange custom tours to Papua New Guinea include the following.