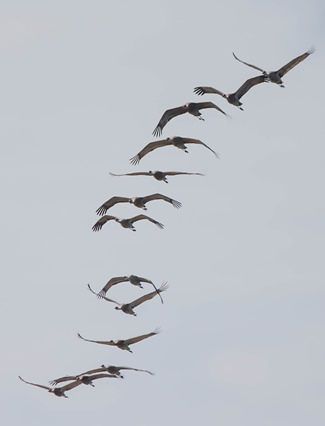 Best Birds and other wildlife in the Platte River area, Nebraska

Mammals
A chance of Prairie Dog.

Best Sites for Birds and other wildlife in the Platte River area, Nebraska

Best Times for Birds and other wildlife in the Platte River area, Nebraska

Crane numbers usually peak in late March which is also the beginning of the lekking season for prairie grouse. During this time it may be sunny or cold and windy with rain and even snow, and especially chilly first thing in the morning in the crane and grouse blinds (hides).

Accommodation for birders in the Platte River area, Nebraska

Some Organized Tours for birds and other wildlife to the Platte River area, Nebraska

Tour companies who are running organized tours to the Platte River in the next couple of years include the following. Many of these also offer custom tours.