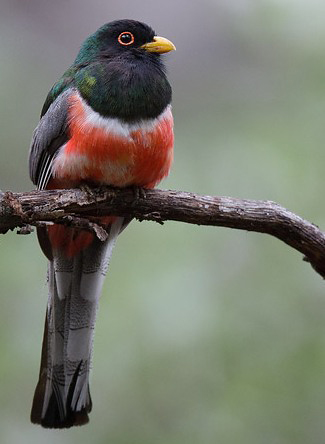 A beautiful male Elegant or Coppery-tailed Trogon in Madera Canyon by Michael McKee. 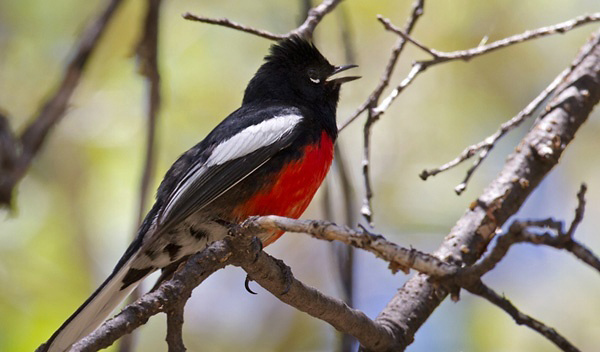 A cracking Painted Redstart in Miller Canyon by Lars Petersson.

Best Birds and other wildlife in Southeast Arizona

Also a chance of Rufous-capped Warbler and an outside chance of Ferruginous Pygmy-owl (endangered cactorum) and Green Kingfisher.

Also a chance of Rose-throated Becard.

Also a chance of Crested Caracara, Golden Eagle and, in winter, Chestnut-collared and McCown’s Longspurs. 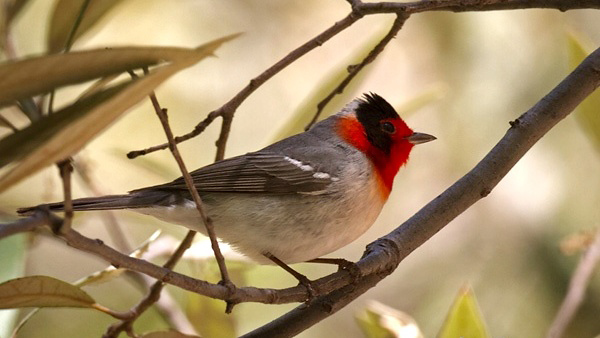 A lovely Red-faced Warbler in Miller Canyon by Lars Petersson.

Best Sites for Birds and other wildlife in Southeast Arizona

Best Times for Birds and other wildlife in Southeast Arizona

January is arguably the best time for wintering raptors, Mountain Plovers, sparrows, longspurs and rarities. Rain is possible during the winter, snow if it gets cold enough. Breeding may be in full swing in the low deserts by March, owls are at their most vociferous in April and early May (although higher elevation nightbirds are at their most vocal in May). Most breeding specialities normally arrive by May when rising daytime temperatures curtail low elevation activity by about 10:00 a.m. so it is best to start a birding day low down then work up through a canyon to the conifers at the top of the ‘sky islands’. June is the hottest, driest month when it is normal for it to be 100°F by 10:00 a.m. and the latest breeders such as Sulphur-bellied Flycatcher arrive. By mid-July violent afternoon thunderstorms usually break out, heralding the ‘Second Spring’ when Botteri’s and Cassin’s Sparrows start singing and Calliope and Lucifer Hummingbirds are most likely. The ‘monsoon’ usually continues into August when bird diversity peaks especially the variety of hummingbirds. Local breeding neotropical migrant species are usually gone south by the end of September and winter visitors return in November.

The Sibley Guide to Birds of Western North America by D Sibley. Knopf, 2003.

Sparrows of the United States and Canada; The Photographic Guide by D Beadle and James D Rising. Academic Press, 2002

Accommodation for birders in Southeast Arizona

Some Organized Tours for birds and other wildlife to Southeast Arizona

Tour companies who run organized tours or can arrange custom tours to Southeast Arizona include the following.