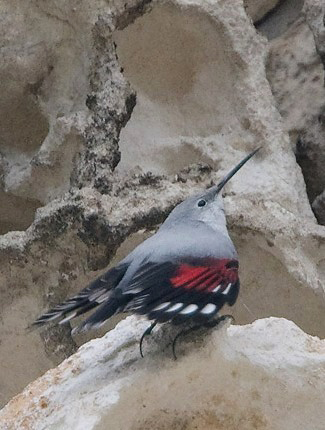 Best Birds and other wildlife in Southern France

Birds
The birds listed here are usually present during the northern spring and summer.

Invertebrates
Over 100 butterfly species including Apollos and the Camargue is one of the best sites in Europe for dragonflies, with over 30 species possible in July. Ant Lion also occurs there.

Plants
The rich flora includes many orchids. There are lots of unique plants in the Pyrenees, such as Pyrenean Saxifrage and Ramonda, and the thousands of orchids include Pyramidal, Woodcock, Elder-flowered, Burnt and Broad-leaved Marsh Orchids. Early June, just before meadows are cut, is the best time for orchids. May is the best time in the Cevennes when it is possible to see 25-30 orchids in a week, many in their thousands including Early Purple, Green-winged, Military and even Lady Orchid, as well as two endemics; Aymonin’s Fly Orchid and Small Spider Orchid, a form of Woodcock Orchid. (Farther east, in Vercors, the Delphine Alps is one of the richest regions in Europe for orchids with 64 species and subspecies including the highly localized Ghost Orchid, as well as Bird’s-nest, Dense-flowered Fragrant and Globe Orchids, most of which can be seen around mid-July).

Other Natural Wonders in Southern France

Cirque de Gavarnie
This massive ice-carved cirque in the high French Pyrenees is 3.2 km (2 miles) across with steep walls between 500 m and 700 m (1640 ft and 2297 ft) high, and a 422 m (1385 ft) high waterfall. Along the rim is an impressive sheer-sided gap, known as the Breche-de-Roland, at 2800 m (9200 ft). Dominated by three peaks over 3050 m (10,000 ft) the scene is completed by many wild flowers, butterflies such as Apollos, beautiful birds such as the Wallcreeper and big birds for the big country, including Lammergeiers and Griffon Vultures.

Best Sites for Birds and other wildlife in Southern France 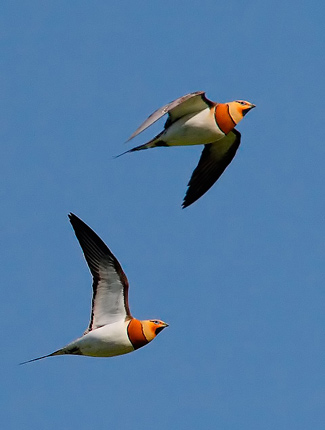 Look out for Pin-tailed Sandgrouses in La Crau. This cracking photo was taken by Steve Fletcher.

Best Times for Birds and other wildlife in Southern France

Some flowers bloom in early September when many butterflies are still on the wing and numerous migrant birds pass through the Camargue and the Pyrenees.

Where to Watch Birds in France by J-Y Barnagaud, N Issa and S Dalloyau. Pelagic Publishing, 2019.

A Birdwatching Guide to France South of the Loire including Corsica by J Crozier. Subbuteo, 2007.

Where to Watch Birds in France edited by P Dubois. Helm, 2006 (Second Edition).

Accommodation for birders in Southern France

Some Organized Tours for birds and other wildlife to Southern France

Tour companies who run organized tours to Southern France include the following. Many of these also offer custom tours.