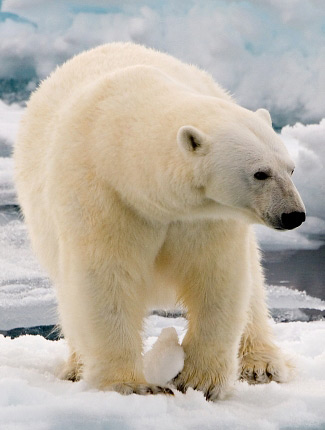 Best Birds and other wildlife in Spitsbergen

Mammals
Polar Bear, Walrus, Bearded, Harp and Ringed Seals, Arctic Fox and Reindeer (Caribou). Also a chance of Beluga and whales such as Fin and Humpback, and an outside chance of Bowhead Whale.

Best Sites for Birds, Polar Bears and other wildlife in Spitsbergen

The extent of the pack ice is unpredictable but it is usually at a minimum in late July-early August when it is even possible to circumnavigate Spitsbergen, the largest island in the Svalbard archipelago, but should there be more pack ice than usual at this time of the year or at other times during the short northern summer cruising season it may not be possible for the ships to visit all of the sites listed below. However, few mammals or birds are restricted to specific sites and most occur all along the northern and eastern coasts at least. 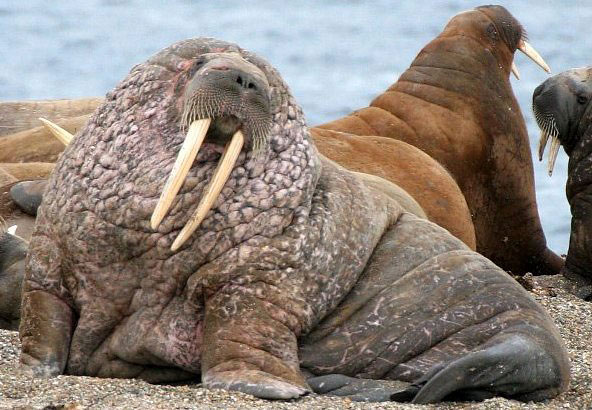 Best Times for Birds, Polar Bears and other wildlife in Spitsbergen

The cruising season is from the end of June to early September. The peak time to see Polar Bears is usually late July-early August when there is normally the least amount of pack ice, thus enabling ships to sail deep into the prime habitat for bears along the northeastern and eastern coasts. However, June, when the presence of pack ice may prevent access to the northeastern and eastern coasts, is the best time to see the most interesting bear behaviour, because those bears that can be found amongst the pack ice are likely to be hunting, often at close-range and for prolonged periods. Once bears are confined to land later in the season they may spend long periods sleeping or, if on the move, be more elusive.

Late June-early July is the best time to look for plants and birds. After then, activity at most of the seabird breeding colonies has usually passed its peak.

The average temperatures even in July range from -4°C to just 4°C and the weather can change quickly so warm, waterproof and windproof clothing is recommended. Polar Bears are dangerous! They may look languid as they lounge around or shamble along in search of food but when they sense food they are capable of running at 40 km/h and killing humans with ease. Shore parties have armed guards and there are strict rules about what visitors can and can’t do when on land.

Some Organized Tours for birds, polar bears and other wildlife to Spitsbergen

Tour companies who run organized tours or can arrange custom tours to Spitsbergen include the following.