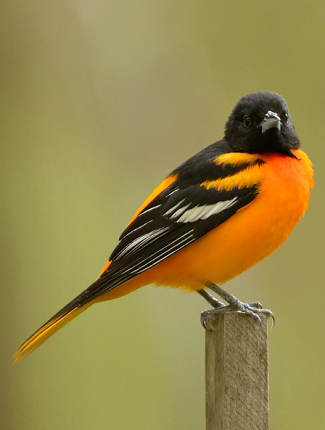 Texas is not all about warblers. There are many other birds in their finest plumage including Baltimore Orioles like this one photographed by Steve Rogers. 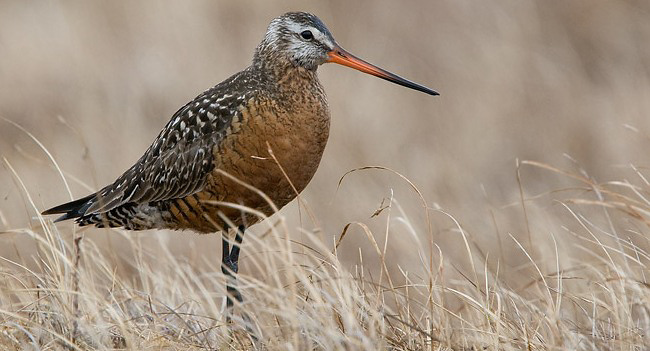 Many shorebirds are in full summer plumage, some like this superb Hudsonian Godwit photographed by Michael McKee.

Best Birds and other wildlife in Texas

Birds
The birds listed occur during the northern spring (Apr-May) unless otherwise indicated.

Invertebrates
Over 300 butterfly species have been recorded in the Lower Rio Grande Valley in south Texas, the greatest diversity in the USA.

Best Sites for Birds and other wildlife in Texas

Best Times for Birds and other wildlife in Texas

The greatest diversity of migrating landbirds, especially warblers at High Island, usually occurs from mid to late April, too late to see some winter visitors to the coastal region, notably Whooping Crane, and after the peak of the raptor migration which usually occurs in late March-early April. A few cranes do usually remain into early April but the best time to see them is in the middle of winter, especially January, which is also a good time to visit the Lower Rio Grande Valley and the best time there for stray birds from Mexico. The peak time for warblers is also a little early for some summer visitors, notably the rare birds of Big Bend NP such as Painted Redstart. Therefore, for an all-round Texas experience including High Island, Whooping Cranes, the Lower Rio Grande Valley, Big Bend National Park and the Edward's Plateau, the best two-week period to be in the state is from, say, 4th to 19th April, although the 4th, when visitors should be looking for the cranes, is cutting it a bit fine for them!

Unlike many other migration hot spots around the world the best time of day to experience 'falls' or 'fall-outs' of migrating landbirds, notably warblers, at High Island is not dawn but often after midday, because it usually takes the birds a night and a morning to fly from the Yucatan Peninsula in Mexico, the main departure point.

A Birder's Guide to the Texas Coast by M Cooksey and R Weeks. ABA, 2006 (Second Edition).

The Warbler Guide by T Stephenson and S Whittle. PUP, 2013.

Many trip reports, some for Texas, are posted on the websites listed here. On some of these websites some reports are independent and some are posted by tour companies who organize tours to Texas. These tour companies and others also post their own reports on their websites, which are listed under 'Some Organized Tours to Texas' below.

Accommodation for birders in Texas

Some Organized Tours for birds and other wildlife to Texas

Tour companies who run organized tours or can arrange custom tours to Texas include the following.