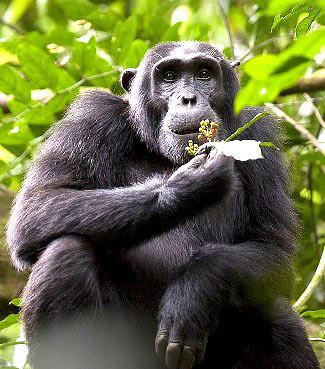 The Chimpanzees in the Kibale Forest can be intimidating at times, intriguing at others. This great image was taken there by Francesco Veronesi. 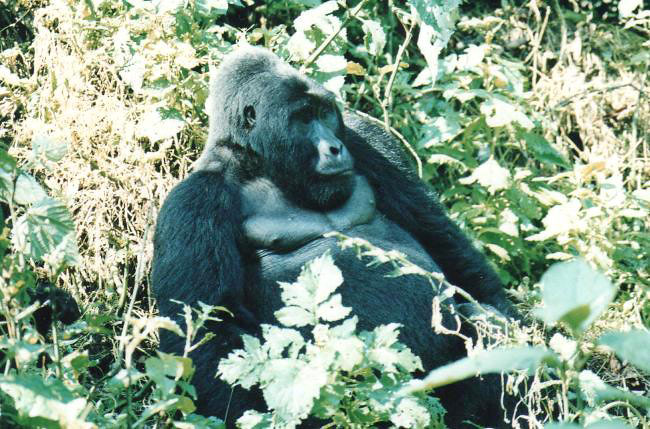 The magnificent silverback Mwirima of the Rushegura group sitting in the sunshine, not something he did very often, at Bwindi in 2005, by Alice Perry (Mwirima died in 2014). 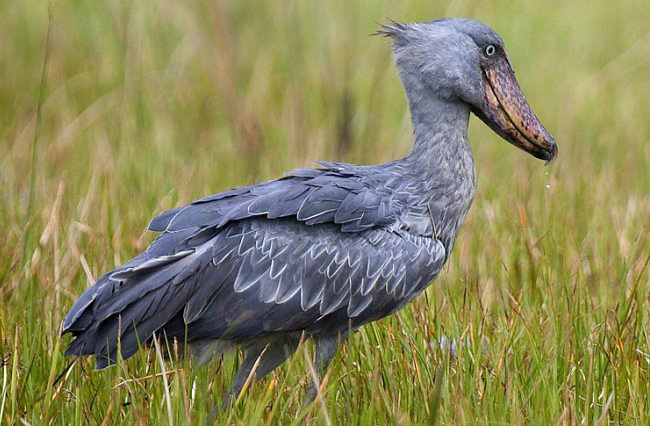 Shoebill at Mabamba in Uganda by Francesco Veronesi. 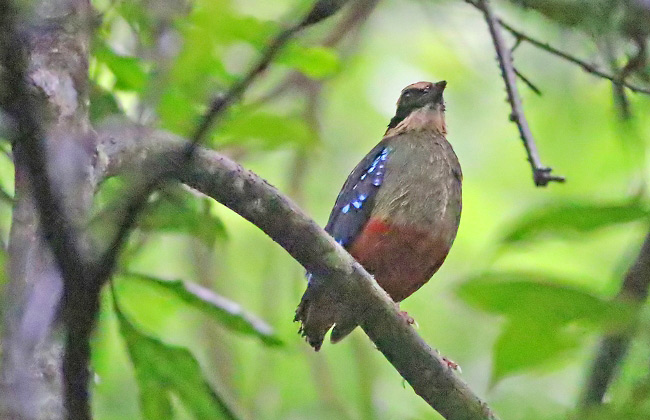 A rare and shy Green-breasted Pitta in Kibale Forest in July 2019 by Chris Townend.

Best Birds and other wildlife in Uganda

Other Natural Wonders of Uganda

River Nile The longest river in the world runs from Burundi through Lake Victoria, Uganda, Sudan (where it is joined, at Khartoum, by the Blue Nile which springs from Lake Tana in Ethiopia) and Egypt to the Mediterranean for 6695 km (4160 miles), draining about a tenth of the African continent in the process. Some scientists believe that the River Amazon is longer but most agree that it is 180 km (110 miles) shorter than the Nile at 6515 km (4050 miles).

Best Sites for Birds and other wildlife in Uganda 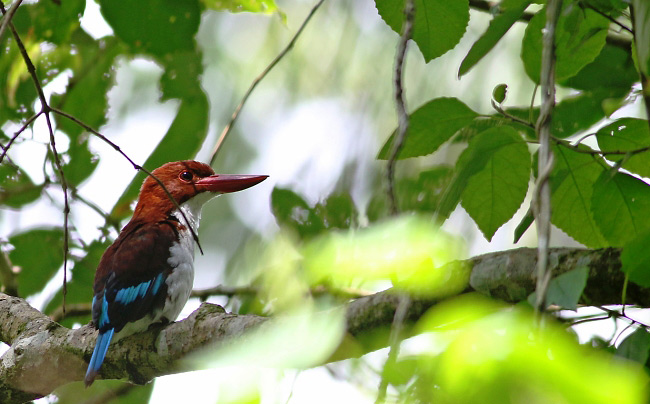 A fine image of a Chocolate-backed Kingfisher along the Royal Mile by Chris Townend. 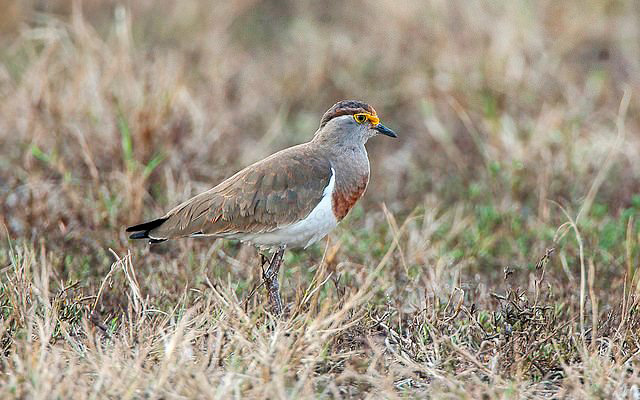 Best Times for Birds and other wildlife in Uganda

Gorillas, Chimpanzees, Shoebills and African Green Broadbills may be seen all year round but are best looked for during the two dry seasons which usually last from December to February/March and from June to August/September. If other birds are important too and especially the very rare and elusive Green-breasted Pitta then the peak time to visit is July-August when this species usually sings the most and is therefore relatively easier to locate, although there may be several bird tour groups looking for it at peak time. Once nesting is under way it is present until at least September but much quieter. Late July-August also happens to coincide with the presence of Brown-chested Lapwing, another very rare and localized bird.

Temperatures are more or less the same all year round throughout lowland Uganda, with an average of about 21°C to 31°C during the day and about 16°C at night. In the highlands temperatures may fall as low as 10°C and it is much wetter there.

Where to Watch Birds in Uganda by J Roussow and M Sacchi. Uganda Tourist Board, 1998.

Accommodation for birders in Uganda


Some Organized Tours for birds and other wildlife to Uganda

Tour companies who run organized tours or can arrange custom tours to Uganda include the following. Check to see if Gorilla Tracking Permits (US$500 and rising) are included in the price.