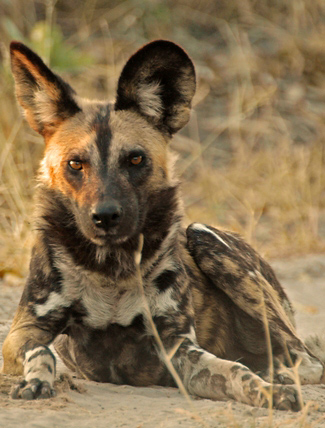 Best Birds and other wildlife in Botswana

Other Natural Wonders of Botswana

Okavango Delta A seasonal 15,000 sq km (5800 sq mile) world of water, waterbirds and mammals in the Kalahari Desert. It usually takes six months for the water, which originates in the Angolan highlands, to wash across the 250 km (155 miles) from the north to the south of the delta, which is also about 150 km (90 miles) across, and water levels usually reach a peak between June and August (in the dry season).

Kalahari Desert A 900,000 sq km (350,000 sq mile) region which covers much of Botswana. Most of the Kalahari is not true desert and receives sufficient rainfall to support enough vegetation to attract a wide variety of wildlife.

Best Sites for Birds and other wildlife in Botswana

Best Times for Birds and other wildlife in Botswana

The driest period of the year is usually May-June to October and May to August is the peak time to visit to look for mammals, because as the waters of the Okavango start to recede the animals begin to concentrate around the remaining water, making it easier to see them. July to September is usually the best time to look for African Wild Dogs because they usually den then, and September-October, which is almost as good for mammals, is one of the best times to be in Botswana because Southern Carmine Bee-eaters are usually busy at their nesting colonies at this time. When the rains come, usually in November, mammals and birds start to disperse, and the wet season usually lasts until March-April.

Birds of Botswana by P Hancock and I Weiersbye. PUP, 2015.

Accommodation for birders in Botswana

Some Organized Tours for birds and other wildlife to Botswana

Tour companies who run organized tours or can arrange custom tours to Botswana include the following.