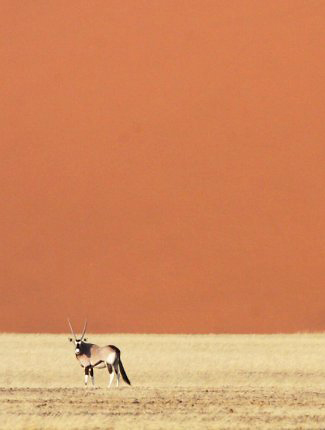 Gemsbok with one of the highest sand dunes in the world behind it, at Sossusvlei - a fine image by Coke & Som Smith. 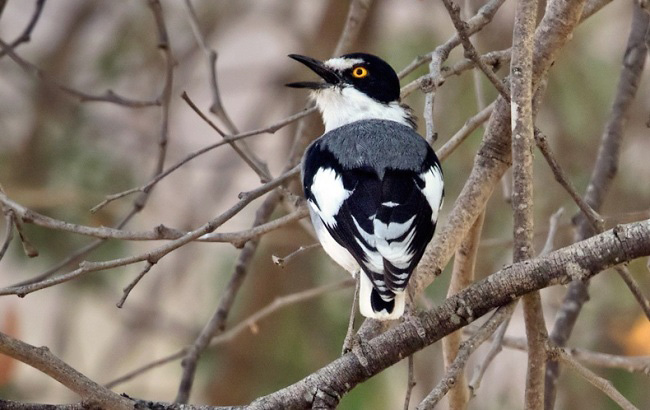 Best Birds and other wildlife in Namibia 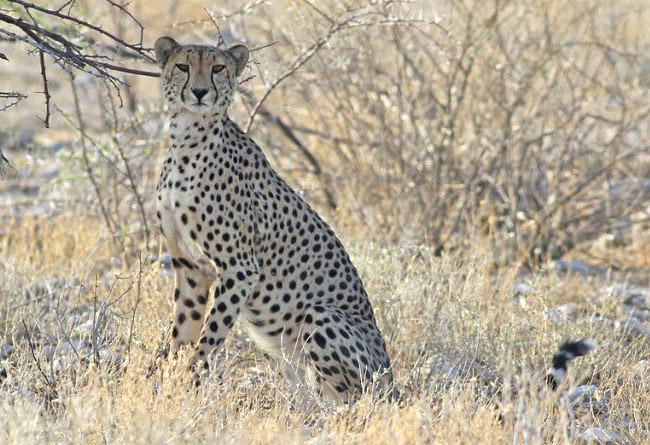 Other Natural Wonders of Namibia

Namib Desert The oldest desert on Earth runs about 1600 km (1000 miles) along the coast of Namibia and is up to 160 km (100 miles) from west to east. Some of the highest sand dunes in the world, around 300 m (1000 ft) high, can be seen at Sossusvlei and near there lies picturesque Dead Vlei with its dead Camel Thorn Trees (Acacia erioloba), and Hidden Vlei.

Best Sites for Birds and other wildlife in Namibia 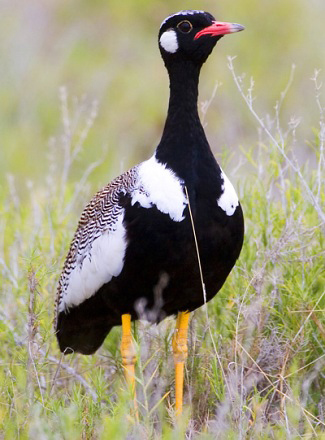 Best Times for Birds and other wildlife in Namibia

The best time to visit for mammals is during the cooler, dry season which usually lasts from May to September, especially toward the end of this period when many of the mammals (and some birds) concentrate around remaining waters (notably in Etosha), and Southern Carmine Bee-eaters are usually busy at their nesting colonies in the Caprivi Strip. The wet season usually lasts from November to April and many birds start breeding and therefore become more active in November so this is the peak time to visit for birds. It is usually wettest from January to March.

Birds of Botswana by P Hancock and I Weiersbye. PUP, 2015.

Accommodation for birders in Namibia

Some Organized Tours for birds and other wildlife to Namibia

Tour companies who run organized tours or can arrange custom tours to Namibia include the following.