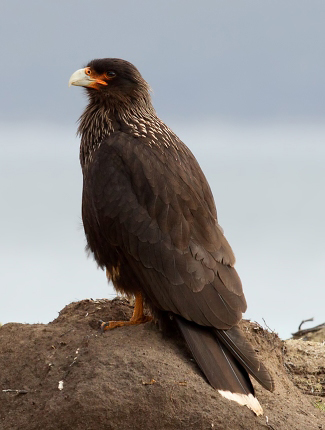 A Striated Caracara on Carcass Island by Dave Barnes.

Best Birds and other wildlife in the Falkland Islands

Best Sites for Birds and other wildlife in the Falkland Islands

Best Times for Birds and other wildlife in the Falkland Islands

The best time to visit is October to March. The best time to see the huge ‘beachmaster’ male Southern Elephant Seals fighting on Seal Island is the second half of October. They have usually finished their battles by January when most tour companies visit the islands, leaving just juveniles on the beach.

Birds and Mammals of the Falkland Islands by R and A Woods. WildGuides, 2006.

A Visitor’s Guide to the Falkland Islands by D Summers. WildGuides, 2005.

Birding and Wildlife Trip Reports for the Falkland Islands


Local bird and wildlife guides in the Falkland Islands

Accommodation for birders in the Falkland Islands

Tour companies who run or organize cruises to the Falkland Islands include the following.