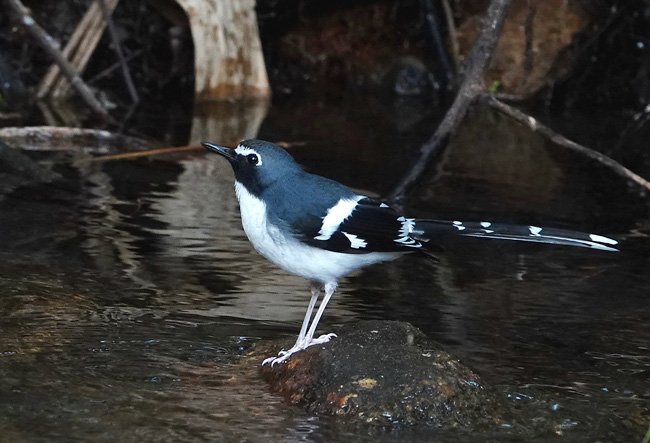 There are plenty of fast-flowing rocky streams in Nepal, the habitat of the Slaty-backed Forktail, here captured on camera by Mark Harper.

Best Birds and other wildlife in Nepal

Plants
The superb Alpine flora includes many rhododendrons which are usually at their best in May.

Other Natural Wonders of Nepal

Best Sites for Birds and other wildlife in Nepal 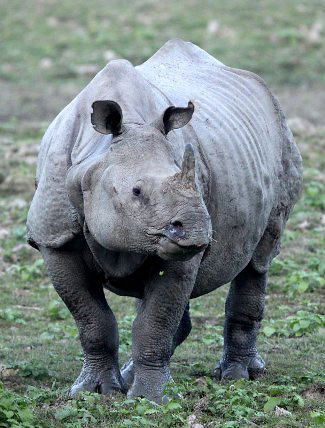 Best Times for Birds and other wildlife in Nepal

The best time to visit the lowlands is between November and March, especially February-March when the numbers of wintering birds from the north and the high Himalayas are usually at their peak. The lowland monsoon season usually lasts from June to September. The best time to trek into the high mountains is from mid-April to late May when most of the middle and high altitude bird specialities usually breed and are therefore at their most active. This is also a great time for flowers, which are abundant. Mountain viewing conditions however are usually best during the northern autumn.

Many trip reports, some for Nepal, are posted on the websites listed here. On some of these websites some reports are independent and some are posted by tour companies who organize tours to Nepal. These tour companies and others also post their own reports on their websites, which are listed under 'Some Organized Tours to Nepal' below.

Accommodation for birders in Nepal

Some Organized Tours for birds and other wildlife to Nepal

Tour companies who run organized tours or can arrange custom tours to Nepal include the following.