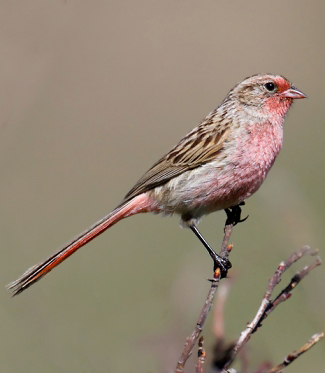 The unique Przevalski's Rosefinch or Pinktail at Rubber Mountain by Dubi Shapiro. 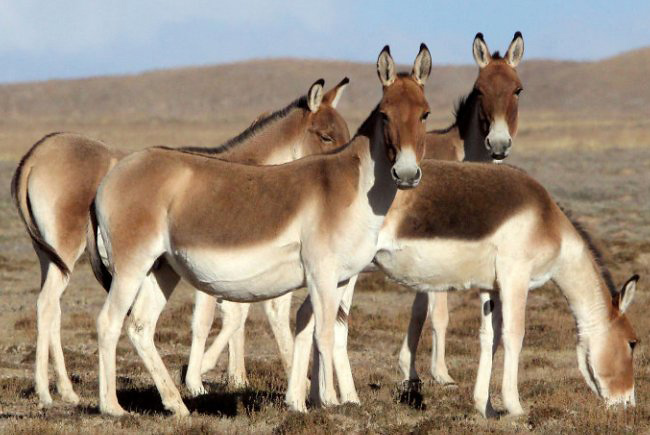 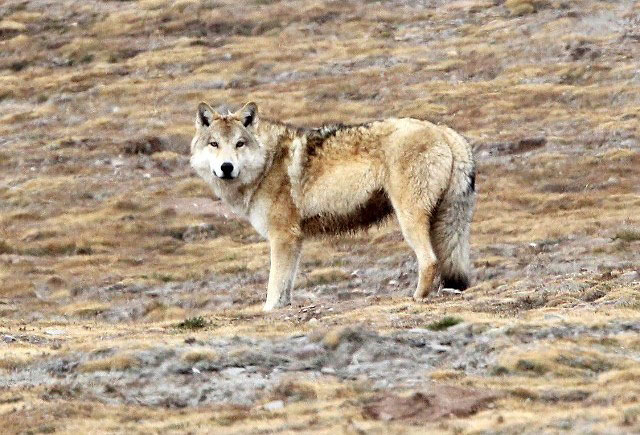 Best Birds and other wildlife in Tibet

Birds
The lists below are for the northern summer.

Other Natural Wonders in Tibet

Tsangpo Canyon
With an average altitude of about 3000 m (10,000 ft) the Tsangpo River is the highest river on Earth. In the Tsangpo Canyon, one of the largest canyons in the world, the river drops about 2700 m (9000 ft) in just 2414 km (1500 miles), before becoming the Brahmaptura which runs through northeast India.

Lake Manasarova
This 320 sq km (125 sq mile) body of blue and emerald water is the highest freshwater lake in the world, lying at 4586 m (15,049 ft). It freezes over completely during the winter.

Best Sites for Birds and other wildlife in Tibet 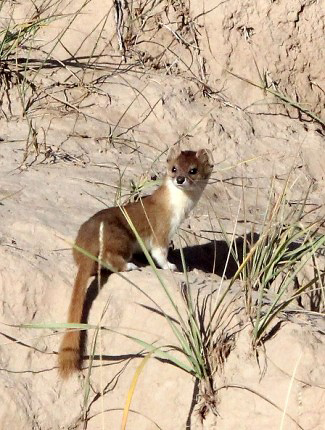 Best Times for Birds and other wildlife in Tibet

Late May to mid August is the best time for birds, when breeding species are at their most active and attractive, May to October for mammals. During the height of summer in July temperatures range between 15°C and 25°C when it is sunny but there may be some rain or snow showers and it is much colder at night. Warm, waterproof and windproof layered clothing is therefore recommended.

Many trip reports, some for Tibet, are posted on the websites listed here. On some of these websites some reports are independent and some are posted by tour companies who organize tours to Tibet. These tour companies and others also post their own reports on their websites, which are listed under 'Some Organized Tours to Tibet' below.

Accommodation for birders in Tibet

Some Organized Tours for birds and other wildlife to Tibet

Tour companies who are running organized tours to Tibet in the next couple of years include the following. Many of these also offer custom tours.