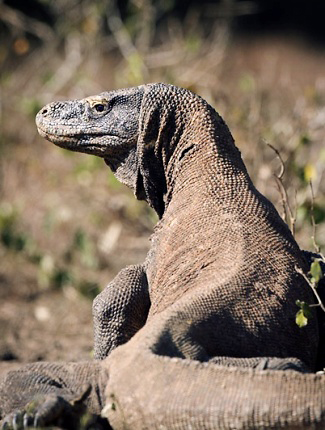 Best Birds and other wildlife on Komodo

Best Sites for Birds and other wildlife on Komodo

Best Times for Birds and other wildlife on Komodo, and other Indonesian islands

Apart from a short wet and windy season which usually occurs in January-February it is mostly very dry and very hot on Komodo, although temperatures are usually a little lower from mid-August to October and this is the best time to go to Komodo as well as the rest of the Lesser Sundas.

Recommended Bird Books etc. for Komodo and other Indonesian islands

A Guide to the Birds of Wallacea by B Coates and K Bishop. Dove Publications, 1997.

A Field Guide to the Birds of Borneo, Sumatra, Java and Bali by J Mackinnon. OUP, 1993.

Birding and Wildlife Trip Reports for Komodo and other Indonesian islands

Many trip reports, some for Komodo and other Indonesian islands, are posted on the websites listed here. On some of these websites some reports are independent and some are posted by tour companies who organize tours to Komodo and other Indonesian islands. These tour companies and others also post their own reports on their websites, which are listed under 'Some Organized Tours to Komodo' below.

Accommodation for birders on Komodo and nearby Indonesian islands

Some Organized Tours for Komodo Dragons, birds and other wildlife to Komodo

Tour companies who run organized tours or can arrange custom tours to Indonesia including Komodo include the following.