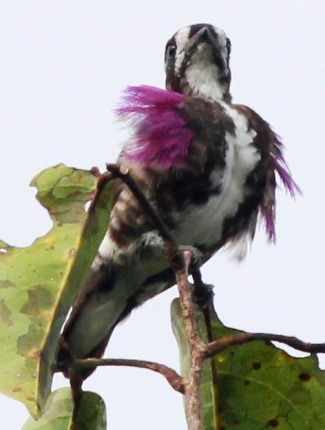 A rare photograph of the amazing White-browed Purpletuft by Ian Davies.

Best Birds and other wildlife in Northeast Peru

Best Sites for Birds and other wildlife in Northeast Peru

Best Times for Birds and other wildlife in Northeast Peru

River levels are normally high from December to May, peaking in February-April. During this period of the year boats are able to penetrate deep into the forest but many foot trails are several metres under water. Water levels are usually low from June to November and the best times for birding are August and November-December.

Accommodation for birders in Northeast Peru

Some Organized Tours for birds and other wildlife to Northeast Peru

Tour companies who are running organized tours to Northeastern Peru in the next couple of years include the following. Many of these also offer custom tours.