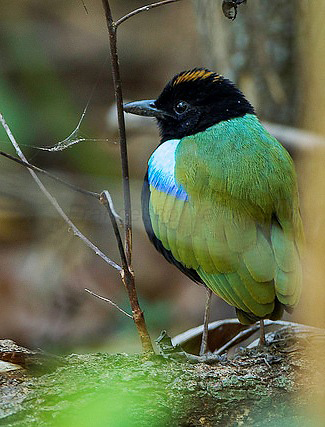 A lovely Rainbow Pitta at Howard Springs near Darwin by Francesco Veronesi.

Best Birds and other wildlife in Northern Territory, Australia

Best Sites for Birds and other wildlife in Northern Territory, Australia

Best Times for Birds and other wildlife in Northern Territory, Australia

September-October is the best time, especially October, by which time migrant birds from the north such as Little Curlew and Oriental Plover have usually arrived, just before the big rains of the wet season which usually lasts from November to April. The impressive concentrations of waterbirds in Kakadu usually occur in July though, in the middle of the dry season.

Some Organized Tours for birds and other wildlife to Northern Territory, Australia

Tour companies who are running organized tours to Northern Australia in the next couple of years include the following. Many of these also offer custom tours.