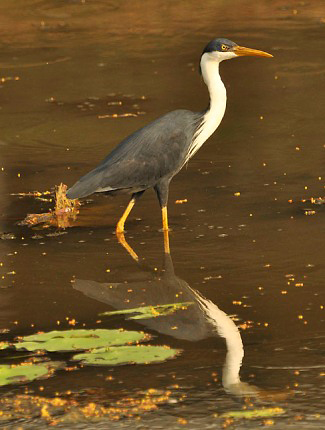 Best Birds and other wildlife in Northwest Australia

Birds
The lists below are for the northern winter/southern spring and summer.

Best Sites for Birds and other wildlife in Northwest Australia

Best Times for Birds and other wildlife in Northwest Australia

The best time to visit Northwestern Australia is during the July-September dry season, since the Gibb River Road is usually only fully navigable (in a 4WD) at this time. However, the shorebird spectacle is usually at its best during the middle of the austral spring and summer (Nov-Mar).

Accommodation for birders in Northwest Australia

Some Organized Tours for birds and other wildlife to Northwest Australia

Tour companies who are running organized tours to Northwestern Australia in the next couple of years include the following. Many of these also offer custom tours.