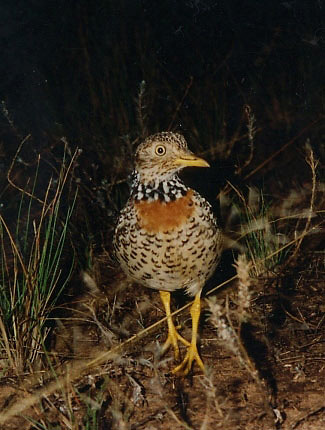 The unique Plains-wanderer can be seen only at night, when this female was photographed with an 'instamatic' camera by Nigel Wheatley near Deniliquin in 1993. 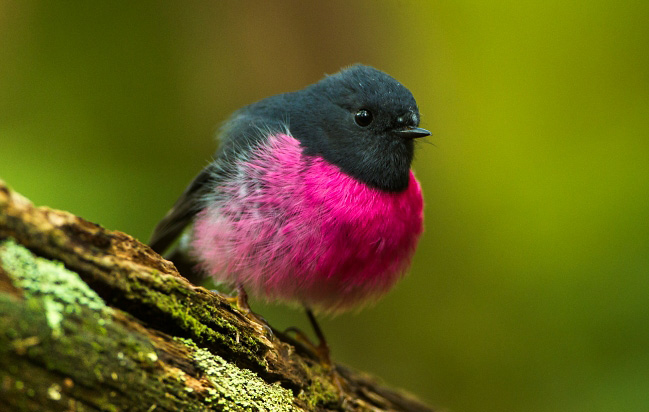 A superb image of a Pink Robin in Mount Field National Park, Tasmania, by Francesco Veronesi.

Best Birds and other wildlife in Southeast Australia

Two migratory parrots are most likely to be seen on Tasmania. Swift Parrot is present from September to February (it winters north to Queensland), and Orange-bellied Parrot, which winters north to the southeast mainland, is present from December to February, at the species' last breeding site at Melaleuca which is accessible only by very expensive flights that are cancelled frequently due to bad weather. Thanks to a captive breeding programme and the release of captive-bred birds to bolster the tiny wild population 51 adult parrots returned to Melaleuca in the 2020-2021 season, a significant increase on the 23 that appeared during 2019-20 and 18 in 2018-19. The number of breeding pairs also leapt from 23 to 30, with 2021's total of 88 fledged youngsters representing a 140% increase on the 2019-20 season's tally of 37.

Invertebrates
Weedy Sea Dragons may be seen off Portsea Pier, at the end of the Mornington Peninsula south of Melbourne, and at the dive site known as Studio One, Deep Glen Bay, Tasmania.

Other Natural Wonders of Southeast Australia

Twelve Apostles Limestone sea stacks off the coast of Victoria, southwest of Melbourne, which rise to 65 m (213 ft).

Best Sites for Birds and other wildlife in Southeast Australia 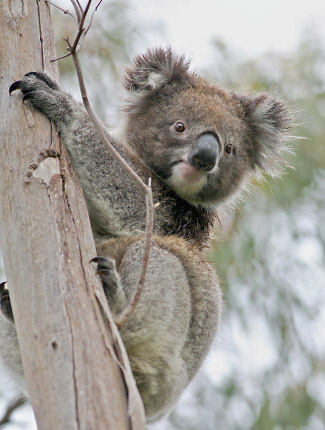 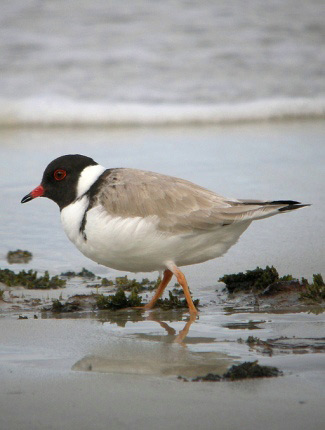 Best Times for Birds and other wildlife in Southeast Australia

The peak time to be in Southeastern Australia is October-November, when the southern spring usually begins, although Superb Lyrebird is most likely to be heard singing and seen displaying in the southern autumn and winter.

Accommodation for birders in Southeast Australia

Some Organized Tours for birds and other wildlife to Southeast Australia

Tour companies who are running organized tours to Southeastern Australia in the next couple of years include the following. Many of these also offer custom tours.