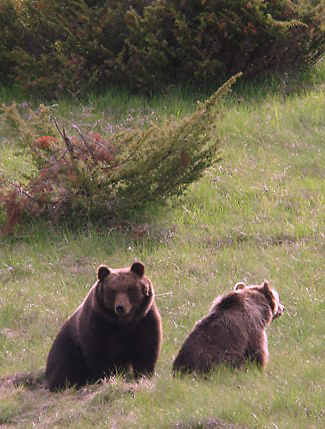 Best Birds and other wildlife in Northwestern Spain

Birds
The species listed below are usually present during the summer breeding season, with many also possible during the late summer.

Invertebrates
There are 154 species of butterfly in the Picos de Europa, in the Cantabrian Mountains, alone.

Plants
The rich flora of the Cantabrian Mountains, which includes gentians and many orchids, is usually at its best in June.

Best Sites for Birds and other wildlife in Northwestern Spain

The peak times to look for bears are dawn and dusk in early July when they venture out of the forests to forage on spring grasses and late August to mid-September when they do the same in search of bilberries and blackberries. June is the peak time for butterflies, flowers and most birds. Wolves may be seen virtually all year round, especially at bait stations (muladars) where dead donkeys and horses are put out for them. Wild Cats are most likely to be seen during late August-early September when they have kittens and the farmers cut hay, which makes hunting small mammals easier, enticing the cats out of the woods, especially during the first hour after dawn and the last hour before dusk. People wishing to see Great Bustards displaying will need to visit between March and May.

Where to watch Birds in Northern and Eastern Spain by E Garcia and M Rebane. Helm, 2017 (Third Edition).


Accommodation for birders in Northwestern Spain

Some Organized Tours for birds, bears, wild cats, wolves and other wildlife to Northwestern Spain

Tour companies who run organized tours or can arrange custom tours to Northwestern Spain include the following.