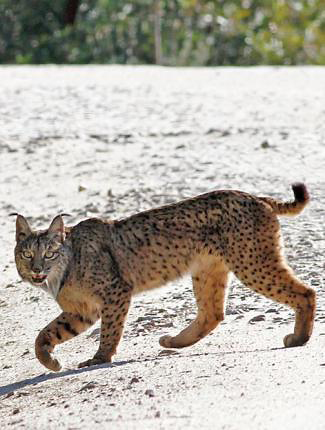 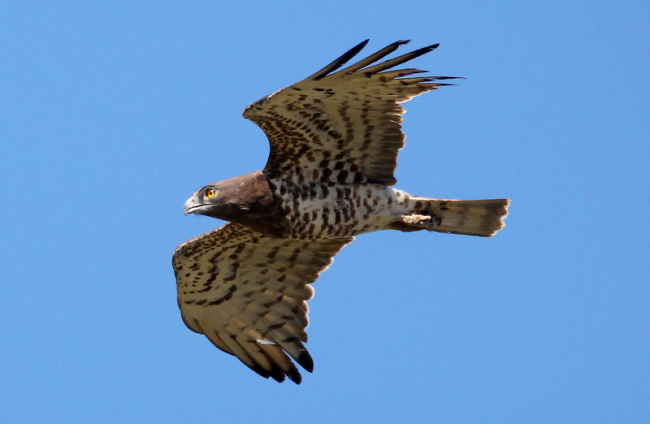 Raptors migrating across the Strait of Gibraltar can be seen at very close quarters in the Tarifa area where this Short-toed Eagle flew past Spider one spring.

Best Birds and other wildlife in Southern Spain

Birds
The birds listed here are usually present during September.

Also a chance of Black Stork, Bonelli’s Eagle, Gull-billed Tern, Eurasian Eagle-owl and, in winter, Common Crane. Around Barbate on the south coast Northern Bald Ibis is being reintroduced.

Invertebrates
The many butterflies include Monarch and Two-tailed Pasha.

Plants
There are over 2300 vascular plant species in Andalucia alone and the flora is particularly rich around Ronda where there are many orchids, narcissi, fritillaries, saxifrages and toadflaxes.

Other Natural Wonders in Southern Spain

Cueva de la Pileta
This cave near Benaojan has some superb stalactites and stalagmites, as well as some impressive Palaeolithic cave paintings.

Best Sites for Birds and other wildlife in Southern Spain 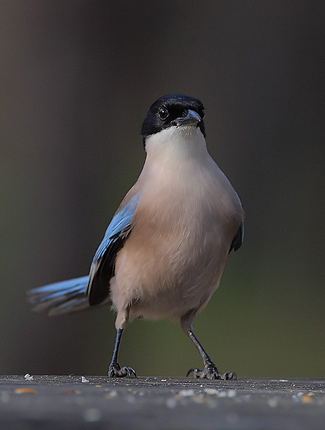 Iberian Azure-winged Magpie by Steve Fletcher, a bird now considered to be a full species by some authorities.

Best Times for Birds and other wildlife in Southern Spain

Early September is one of the best times to visit Southern Spain, because (i) the beginning of September is normally the time when the greatest numbers and variety of storks and raptors migrate over the Strait of Gibraltar; (ii) Killer Whales are most likely to occur from mid-August to early September; and (iii) it is almost as good a time as any to look for Iberian Lynx (the best being late September to March (the peak time for spring flowers), especially December-March, possibly because the breeding season usually starts in December-January and the cats are more active).

The spring migration of birds through Southern Spain usually peaks between mid-April and early May, when the Coto Donana is arguably at its best. After dry summers the marismas of this wonderful wetland may be almost dry.

Where to Watch Birds in Southern and Western Spain by E Garcia and A Paterson. Helm, 2019 (Fourth Edition).

Where to watch Birds in Donana by F C Moreno and J G Gutierrez. Lynx Edicions, 2006.

Portrait of a Wilderness by G Mountfort. Hutchinson, 1958.

Accommodation for birders in Southern Spain

Some Organized Tours for birds and other wildlife to Southern Spain

Tour companies who run organized tours to Southern Spain include the following. Many of these also offer custom tours.